On Jan. 27, President Donald Trump signed an executive order on immigration that banned travel from Iran, Iraq, Libya, Somalia, Syria, Sudan, and Yemen for 90 days, as well as suspended admission of all refugees for 120 days, and those from Syria indefinitely.

A supposed attempt to protect the United States from foreign terrorists entering the country—despite there not being a single fatal terrorist attack committed by a refugee in this country since the enactment of the Refugee Act of 1980—the ban has instead endangered the lives of thousands of Syrian refugees who are in fact fleeing from terrorism. Since the start of the civil war in Syria: 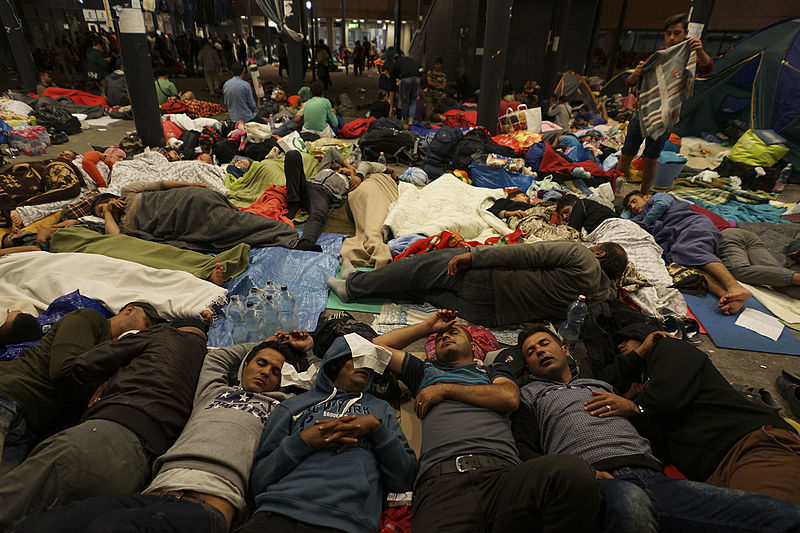 Want to help? Check out these organizations:

The ACLU works tirelessly in courts, legislatures, and communities to defend and preserve the Constitution’s promise of liberty for everyone in our country. And if this past weekend is any indication, it will be very busy under the Trump administration—the organization filed a habeas corpus petition on behalf of two men denied entry to the country and detained by U.S. Customs after landing at New York’s JFK, and an emergency stay was granted by a federal judge for New York’s Eastern District that temporarily halted the ban.

The ACLU raised more than $24 million online this weekend after Trump immigration ban was issued—roughly six times more than it usually receives in a typical year. More than 356,000 donors contributed.

“One of the greatest charities to support American civil liberties you will find. There are many people who find it fashionable to gripe about them and complain, however these people do not know civil law or their own Constitution. If these people knew anything about the Constitution, they would know what an outstanding charity the ACLU is. The ACLU will (and have) help ANYONE whose civil liberties are infringed upon. I applaud the work the ACLU does and am a proud supporter. I am honored to donate a portion of my paycheck every week to this great charity.”

The IRC responds to the world’s worst humanitarian crises and helps people to survive and rebuild their lives. Founded in 1933 at the request of Albert Einstein, the organization offers lifesaving care and life-changing assistance to refugees forced to flee from war or disaster. Working in more than 40 countries and 22 U.S. cities, IRC restores safety, dignity, and hope to millions who are uprooted and struggling to endure.

“I have supported IRC for 15 years as a corporate and personal donor. I have visited their operations in nations in conflict and in the U.S. Harm to Home program. My daughter and several friends have worked for IRC as employees and volunteers. By every measure, IRC is the best of the best—no frills, pragmatic, non-sectarian, non-political, efficient, thoughtful and courageous. By supporting IRC, I am helping people in desperate need and at the same time, projecting U.S. values in the best way possible. The IRC will remain our principal charity recipient and will receive a bequest.”

The IOCC offers emergency relief and development programs to those in need worldwide, without discrimination, and strengthens the capacity of the Orthodox Church to so respond. It partners with DERD, which is the humanitarian arm of the Greek Orthodox Patriarchate of Antioch, to send relief to more than 2.7 million Syrians.

“My parents were war refugees and wouldn’t have survived without an organization like IOCC. I have been a supporter of this faith-based global relief agency for 10 years and continue to support IOCC for three reasons: 1) They help people in need regardless of race or religion; 2) They are extremely efficient with the way they spend my donations; and 3) I am impressed with their track record of reaching places others are unable to. This is a small organization doing great work. They deserve to be supported.”

Mercy Corps exists to alleviate suffering, poverty and oppression by helping people build secure, productive and just communities. The organization currently has team members in eight countries helping approximately 2.5 million people affected by the Syrian crisis, and it helps about 470,000 people per month within Syria. Mercy Corps provides everything from the basics—like food and water—to art activities for youth to manage their stress.

“They do great work all over the world but what they’ve been doing in Syria the past 4–5 years during the civil war, it’s really impressive.”

Islamic Relief USA strives to alleviate suffering, hunger, illiteracy, and diseases worldwide regardless of color, race, religion, or creed, and to provide aid in a compassionate and dignified manner.

“The first thing I noticed about this organization was how passionate the staff and volunteers were. It was evident that the people there wanted to be there and were helping wholeheartedly. Some of the best and kindest people I’ve ever met, hands down! I volunteered a few times for them and enjoyed every minute of it!”

These are but a few of the organizations working tirelessly to defend the rights of and providing humanitarian relief to refugees, both in Syria and around the world. Check out GreatNonprofits for others and help them continue the important and lifesaving work that they do.