The Surprising Science of How To Be Happy By Spending Money 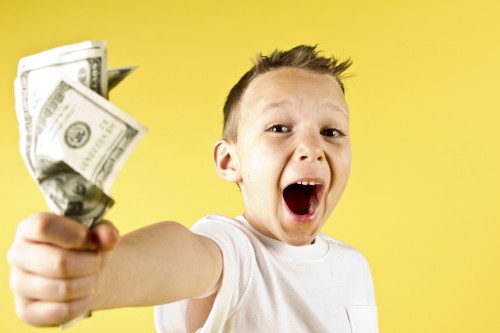 You can also read this article here on LinkedIn!

Dan is on his way to work and pulls up to the coffeehouse down the street from his office. He orders a latte and a scone, pays $5, and leaves. Amy is standing behind him in line. It’s the birthday of the intern in her office, and while Amy doesn’t really know her that well, she buys a $5 gift card for her intern.

Dan and Amy both spent $5 this morning. Logically, they should feel relatively equal from an emotional standpoint after having just spent the same amount of money, but studies have shown that Amy feels happier and, in fact, wealthier than Dan does. The reason for this difference? Dan spent the $5 on himself, while Amy spent it on someone else. Studies show that when you give, whether you give randomly to a stranger or donating to a charity, it boosts both your happiness and your feeling of wealth.

“It is in spending oneself that one becomes rich,” said Sarah Bernhardt.

Want to feel happy today? Spend some money on others today – pick up a coffee for your intern, give a gift to someone, or make a donation to a nonprofit! You’ll get the rush of natural happiness.