The Newtown School Shootings at the Sandy Hook Elementary School in Newtown, Connecticut were a painful reminder that we have a horrible recurring problem of mass shootings in this country. At schools alone, we have a string of recent events, with this CT shooting bringing back memories of the Virginia Tech shooting in 2007 and Columbine High School shooting in 1999. State and Federal gun control laws certainly can have a role in helping prevent such massacres, and President Obama calls for “meaningful action,” but passing new gun control laws will be time-consuming. And many groups, like the NRA are opposed to new gun control laws. Can nonprofits be a meaningful near-term solution to help prevent such shootings in the future? 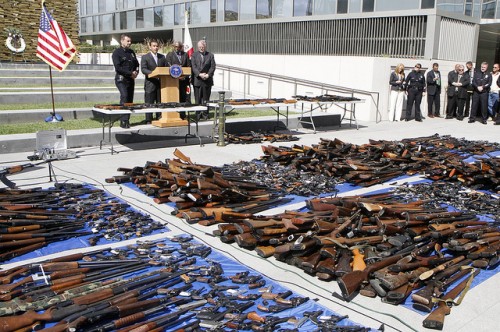 While we do not yet know the full details of how the killer acquired his guns, studies show that a “large source of guns used in crimes are unlicensed street dealers” and those dealers do not do background checks that would reveal prior records or mental health concerns. Thus, nonprofits raise money and perform gun buybacks to get guns that might otherwise be sold at gun shows or at flea markets off the street. Just one day after the tragedy, nonprofits worked with the cities of San Francisco and Oakland to sponsor gun buybacks, and the Sandy Hook shootings inspired 600+ gun owners to trade in their guns for cash.

Below are seven nonprofits that have held gun buybacks. You can support these gun control efforts by donating to or reviewing nonprofits like these: