Today, one of the largest aftershocks (M 7.4) hit Miyagi and its surrounding prefectures. Help is still needed, so please keep donating!

A very quick update I found on the blog of Nippon Foundation’s chairman, Yohei Sasakawa.

In Japan, there are two types of funds being collected: long term “gienkin” and short term “shienkin”

Organizations such as the Japanese Red Cross and media agencies (newspapers, TV stations) are collecting “gienkin”, which will be compiled to an official distribution organization of each prefecture. The organization, made up of Japan Red Cross, mass media, self-governing bodies of local towns, and specialists, must divide the collected funds equally among areas of the prefecture that are affected the most. However, this deliberation process takes a long time, and there was a case during the Hanshin earthquake where the distribution could not be decided even after a year, becoming a problem at the national assembly.

This is why donations for short-term efforts need to be directly donated to the local NGOs, or otherwise donated to Nippon foundation, a foundation which distributes funds to local NGOs to be used. The Gienkin that you donate to Japan Red Cross will be used all towards their recovery efforts, but it will just take longer.

Also,  here is a link to a great blog run by one of our friends who is volunteering in Japan; many pictures and stories directly from organizations she’s working with. 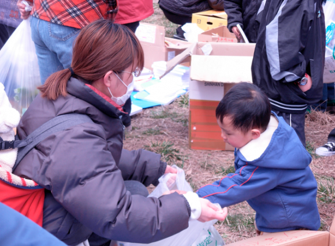 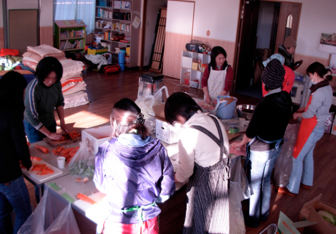 Please read her blog here; lots of detailed things on what she and many organizations are doing.