How Our Brains Connect through Stories 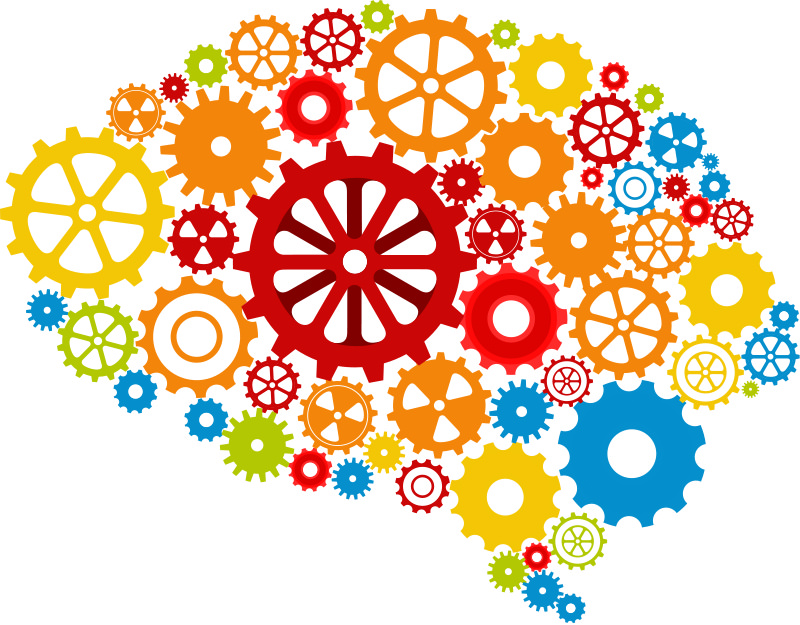 It was July of 1880, and near the town of Maiwand in present day Afghanistan, a young, 17-year-old girl named Malalai watched a fierce battle between local Afghan fighters and British-Indian forces attempting to colonize the area.

Malalai watched the soldiers, including her father—a shepherd—and her fiancé in the battle. Like many Afghan women, Malalai was there to help tend to the wounded and provide water and spare weapons. According to local sources, this was also supposed to be her wedding day.

As the fighting continued, the British forces were advancing and the morale of the Afghan troops was falling. When a leading flag-bearer was killed, Malalai went forward, took the Afghan flag, and shouted, “Young love! If you do not fall in the battle of Maiwand, by God, someone is saving you as a symbol of shame!”

This inspired the Afghan fighters to redouble their efforts.

Malalai died in the battle. But the Afghan forces won. And her story has been transmitted down through generations. She is now known as “The Afghan Jeanne D’Arc” and there are many schools, hospitals, and other institutions named after her in Afghanistan. Her story is told in Afghan school textbooks. (1) 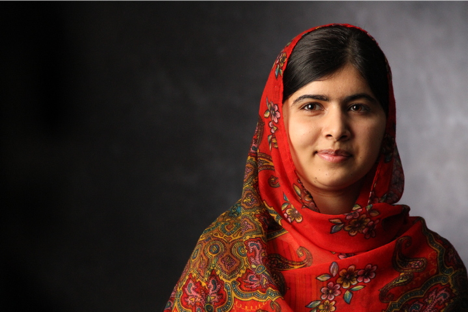 The Pakistani women’s-rights activist and the youngest Nobel Peace Prize winner, Malala Yousafzai, recalls how her father told her Malalai’s story. When Malala tells her own story, she describes how she was named after this Afghan legend and how much Malalai’s story has inspired her.

The Power of a Single Story

Have you ever wondered what makes an activist? What drives someone to dedicate their life to changing the world for the better—not just for themselves, but on behalf of others?

As a preteen girl, Malala wrote a BBC blog about the Taliban’s oppression of girls and the closure of her school in the Swat District of northwest Pakistan. Despite death threats, she continued to speak out on the issue of girls’ rights to education and when the Taliban attempted to silence her—shooting her in the head while she was riding a bus home from school at the age of 15—Malala survived and was undeterred from her cause. She dedicated her life to campaigning for girls’ access to free primary and secondary education, worldwide, and in 2013, Malala established the Malala Fund to raise money for girls’ education.

Would Malala Yousafzai have been moved to become an activist without the story of Malalai of Maiwand? In the film He Named Me Malala, Malala says, “My father only gave me the name Malala. He didn’t make me Malala.” But it is clear that her identity was in part shaped by the story of Malalai.

Powerful stories can drive us to action. They can move us to do good in the world—to donate, to volunteer, to reach out to someone in need, or to campaign for something like girls’ rights to 12 years of free, safe, high-quality education. 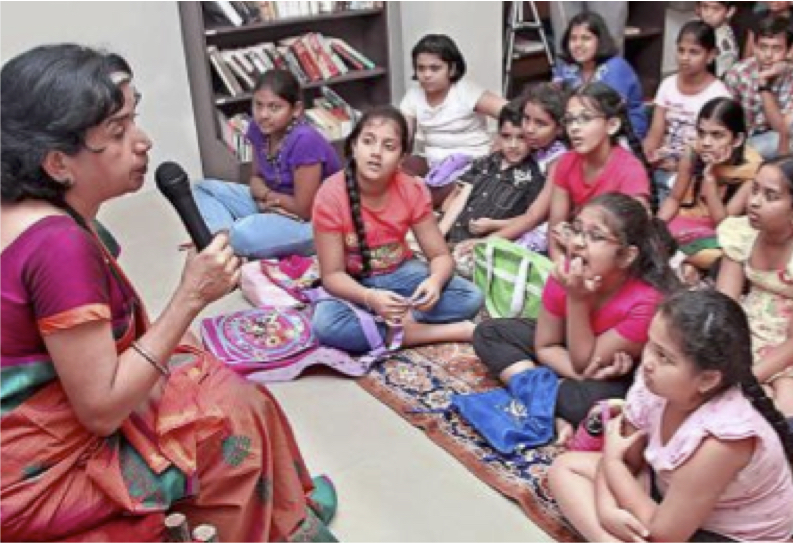 But why are stories so moving to us? What is the power they hold over our thoughts and our emotions? Why do stories make us feel connected to other people? And why do different people respond in similar ways to particular stories?

We are all different, but it turns out our responses to stories are not. Emerging research in brain science has shown that stories actually direct our brains to respond in particular ways. Our brains connect through stories we tell and hear.

This is an important discovery if you are a nonprofit that wants others to care about what you care about. Telling a story about your cause is the most powerful method to make others empathize with you, your cause, and other people involved in the cause in a way that just listing facts could not. A rich story (with plentiful details, strong emotion, and striking visuals) has the ability to mentally and emotionally draw a reader or listener into your experience with you. And, from there, it can make them want to join you and others in that experience in a more active, concrete way.

This is Your Brain on Stories

Uri Hasson, a neuroscientist at Princeton University, has found concrete evidence that stories lead our brains to experience particular thoughts and emotions, and to feel empathy for both the teller of the story and for other listeners. Hasson’s research has shown that when different people listen to the same story, similar patterns in brain activity show up on functional magnetic resonance imaging (fMRI) scans. (2) 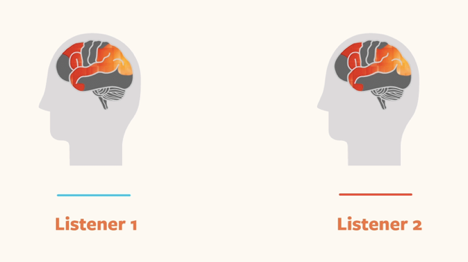 In one of Hasson’s studies, five participants started out with different brain patterns, but while listening to a common story, their patterns became “aligned.” The results held up regardless of language or whether the story was heard exactly or paraphrased from one listener to another.

One thing did make a difference to the results: when Hasson’s team played a recording of a story in ways that didn’t make narrative sense—backwards, as nonsense sounds, or as scrambled sentences—there was no alignment. It is only when people listen to a real story that their brain scans match up.

We might have assumed that stories give us ideas. But this research explains why it is possible to feel entirely lost in listening to a rich story. Our brains are literally guided along by the content of the story.

It also explains why hearing a story makes us feel connected not only to the person telling it, but also to others who have heard the same story. It’s why there are so many articles, podcasts, and shows of people talking about what happened on the latest episode of Game of Thrones or House of Cards. We are driven to connect to and through the stories we hear.

The Power of Emotion to Drive Empathy

Further research demonstrates that emotional stories may be especially strong in aligning our thoughts with those of others. 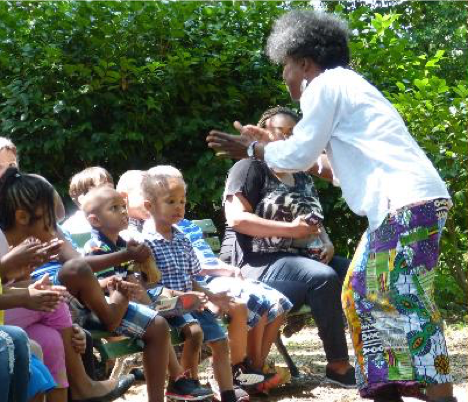 A study involving emotional stories conducted by a research team at the University of California, Berkeley led by Alexander Huth and Jack Gallant, came up with results that resembled Hasson’s.

The team analyzed brain activity of study participants listening to episodes of the podcast The Moth Radio Hour that included emotional first-person stories. When the researchers broke the stories down into parts in 12 categories—such as friends, locations, and feelings—they found that the different story elements activated the same parts of different people’s brains. (3)

Not only can an emotional story make us feel what the teller of the story describes feeling, but it can make us feel along with other listeners, creating a potential community of people in sync.

In Malala’s case, she was inspired to action by a powerful story her father shared with her—a story that connected her and her father in an understanding of who she might be. But there is another important story in her life—the story of her own journey. That is the story we all shared in when we heard about her on the news, read about her online, and watched the film He Named Me Malala. We all experienced her story together and many of us were motivated to take action.

The Storytelling Superpowers of Images and Video

If emotional stories are strong stories, then narratives told through pictures and video are powerhouses. Researchers have found that images and video make stories far more likely to be read, remembered, believed, and acted upon. 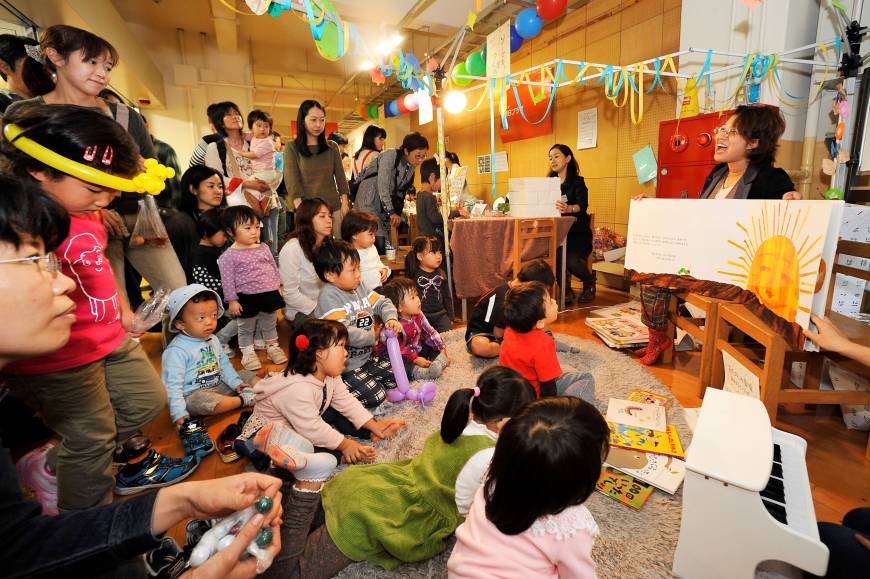 Scientists call this the pictorial superiority effect. Because the visual cortex is the largest system in the human brain, our visual sense is our strongest and images evoke emotion far more quickly and effectively than words alone can. Two impressive statistics to consider: ninety percent of information transmitted to the brain is visual, and visuals are transmitted to the brain 60,000 times faster than text. (4)

In one test of information recall, study participants remembered only 10% of information they had heard orally after three days, but when a relevant image was added to the content, the amount they remembered jumped to 65%. (5) It has also been found that shoppers who view video are 1.81 times more likely to purchase than non-viewers. (6)

In the case of Malala, above, consider how much more strongly we feel about her once we have seen her in a picture or video. Her story is powerful in words, alone, but without a visual  connection, it still feels abstract. Once we see Malala, we are able to fully engage with her and her story. 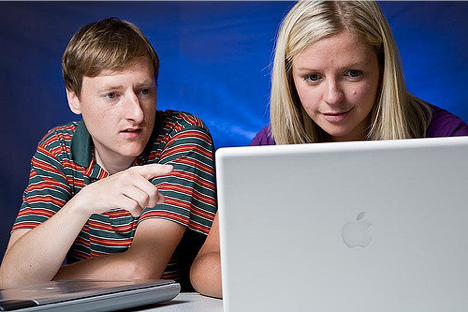 For anyone telling a story that they are hoping will be striking, believable, memorable, and persuasive for their audience, it’s essential to include visual elements.

Stories Are More Persuasive Than Facts

When it comes to persuasion, there is strong evidence that stories are stronger than argument.

Jennifer Edson Escalas of Vanderbilt University conducted a 2007 study on stories in advertising and found that participants responded more positively to ads presented as narratives as opposed to those that were presented as more straightforward arguments for products. (7)

This is certainly strong evidence for organizations creating ads, but it is also relevant to anyone who wants to persuade others of a particular opinion or point of view. We are much more likely to bring others to our own way of thinking if we can present that thinking in the form of a compelling narrative. 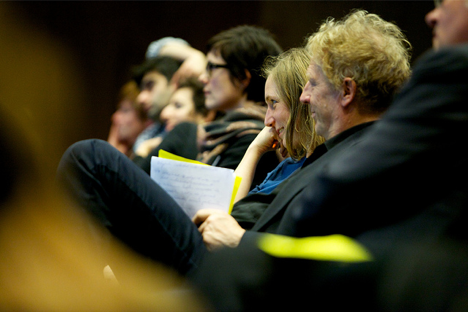 For example, what if, instead of hearing Malala’s inspiring story of a girl’s courage and persistence in the face of terrorism, we had all simply seen the statistics on the number of girls who were being denied education in the world? Would many of us have remembered the details of the issue a few days later? Would we have been moved to act to correct the problem?

Stories, rather than pie charts, are persuasive to listeners.

John Allen Paulos of Temple University points out that “In listening to stories we tend to suspend disbelief in order to be entertained, whereas in evaluating statistics we generally have an opposite inclination to suspend belief in order not to be beguiled.” (8)

In other words, if people are in story-listening mode, they will be more receptive to whatever it is they are being told. If they are in data-receiving mode, they are more likely to be suspicious, even if they have no cause for distrust.

Why Storytelling is Crucial for Nonprofits

Storytelling is especially important for nonprofit organizations, given the need nonprofits have to motivate potential donors and volunteers.

Research on nonprofit fundraising has looked at using storytelling to take potential donors on an emotional journey as an effective way of engaging them. One strategy researchers point to involves starting with a story that moves an audience to feel an initially negative emotion (such as sadness or anger) in reaction to a problem, then making the audience feel something positive by giving them the opportunity to help the group that’s working to solve the initial problem. (9)

In the case of Malala’s story, the audience likely felt emotions of anger, outrage, and sadness upon hearing that the Taliban had shot a teenage girl for speaking out for her basic right to go to school. These feelings were likely followed by admiration at Malala’s own strength and persistence, and finally, by a desire to take action.

After Malala was shot by the Taliban, over 2 million people signed a petition that caused Pakistan’s National Assembly to ratify the country’s first Right to Free and Compulsory Education Bill. In the years that have followed, thousands of us from around the globe have been moved to make donations totaling millions of dollars to help the Malala Fund improve girls’ access to primary and secondary education.

If you are a nonprofit, you need for people to pay attention to you, believe what they’re hearing, be emotionally moved, empathize with your cause, be inspired to act, and hopefully remember and repeat your message to others. A story that is rich in detail, emotional appeal, and visual impact is the most effective method to make all of those things happen.

A simple story can move people to change the world.