How Charitable Are the Top Presidential Candidates, Really?

Turns out, that’s a good question. I started out writing this article wanting to play detective and provide a ton of useful information. But, the charitable giving and volunteering records of the top presidential candidates from both parties are curiously hard to find. Still, I scrounged up what I could find so we can see it all in one place. Take a look!

The democratic frontrunner’s campaign released her tax returns, where you can see that in 2014 she and Bill claimed about $3 million of their $28 million income as charitable tax deductions.

A large sum of their donations went to their own charity, the Clinton Foundation, whose website states, “We operate programs around the world that have a significant impact on a wide range of issue areas…” The Foundation has come under scrutiny before (because it’s founders are kind of famous), but it’s up to you to dig around and decide what you think.

The Clinton Foundation isn’t the only one Clinton gave to in 2014 though. She and Bill also made donations to the University of Arkansas, the American Ireland Fund and the American Friends of the Peres Center.

The Washington Post says that Bernie Sanders reported just more than $200,000 in earnings on his 2014 tax return. On their federal tax return, the Sanders household donated $8,350 to undisclosed charities. The Vermont tax return shows that he donated $150 to state programs benefiting children, the environment and veterans.

On another note, if you’ve been paying attention to the news (or Twitter), you’ve heard about Martin Shkreli. In case you haven’t, he’s a big bad pharmaceutical CEO who drastically raised the price of a life-giving HIV medicine. AKA, even his own mother probably struggles to like him.

ANYWAY, turns out he feels the Bern. But, it’s definitely not mutual. When Shkreli gave $2,700 to Sanders’ campaign, Bernie gave it straight to Whitman-Walker, a health clinic in Washington that specializes in the treatment of HIV. Respect. 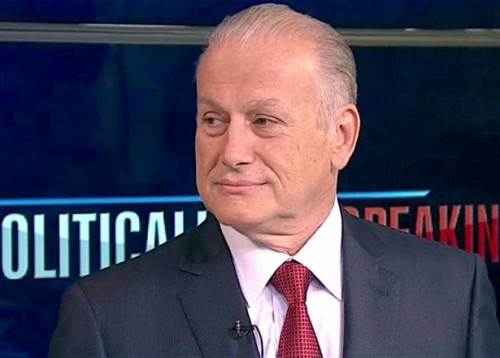 The latecomer and Latino underdog has a lot less information out on the web about him (and no funny gifs), but his website claims he supports charities and military veterans’ organizations throughout the U.S. He’s also developed assisted living facilities for the elderly, which is pretty cool. 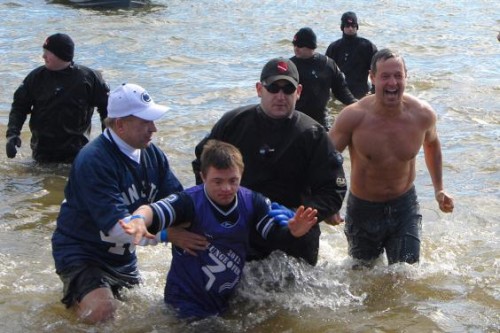 There’s even less out there about former Maryland Governor O’Malley’s charitable giving record…aside from this gem. He participates every year in the Polar Bear Plunge, a fundraising event for Special Olympics in Annapolis, Md.

Time to step up to the plate, Republicans.

The Republican frontrunner doesn’t have his own nonprofit, but you might have heard of the little company he runs. The Trump Organization lists St. Jude, Girl Up, New York City Police Foundation and the Police Athletic League as charities that benefit from its donations. Since he’s another big name, his company’s donations have come under scrutiny before.

As far as personal giving goes, Business Insider published an article saying that Trump has given to the Ronald Reagan Foundation and the Clinton Foundation and charities associated with Joe Torre, Larry King and Arnold Palmer.

He also has a history of donating land to charities such as Palos Verdes Peninsula Land Conservancy after failing to develop it. Is it bad that I hope he fails to develop a few (cough…a lot…cough) more times? Nah.

Cruz has come under fire recently for supposedly tithing only 1% of his income according to his tax returns from 2007-2010. The happy news, though, is that the 1% did amount to around $44,000 given to undisclosed charities. For us average folk, that number is nothing to sneeze at.

Florida Senator Rubio donated $66,000 over the span of 6 years to community church back when his tax records were released for his Senate run. That’s about all I found though. If you have more luck, hit a girl up.

Another big name, the retired neurosurgeon has his own nonprofit, the Carson Scholars Fund…which funds two initiatives, The Carson Scholars Program and the Ben Carson Reading Project. The first provides $1000 college scholarships to students and the second provides funding to schools to build and maintain reading rooms.

I think all the candidates could do a better job of getting out there and volunteering. Whatever happened to kissing babies? Who cares if it’s for the camera as long as people are being helped?