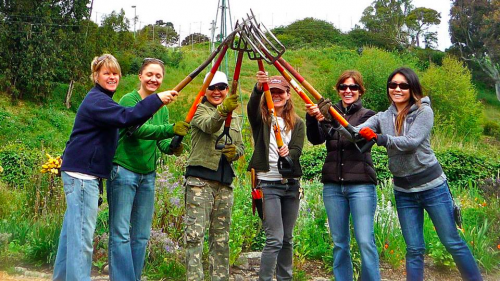 A 2013 study in the journal BMC Public Health examined the effect of formal volunteering on one’s physical and mental health. The study found that giving your time has favorable effects on depression as well as other mental health disorders. The warm feeling associated with helping others has long been documented anecdotally, but in the past few decades, researchers have made strides documenting the positive effects of giving inside the lab.

Since people are donating more money than ever before, we decided to look into some of the potential health benefits that can come with your acts of generosity. We found evidence that both monetary donations and volunteer hours have a positive effect on one’s overall health. GreatNonprofits.org has information on amazing nonprofits for you to volunteer or donate to in your community, and we compiled information on the positive health effect of giving in greater detail for you to learn more!

People Who Give Their Time Live Longer

A five-year study at the University of Buffalo found that subjects who regularly helped others were able to “buffer” the negative effects of stress on their health and life span. Not only did the study support existing evidence that relates social isolation and stress with morbidity, but it also indicated that those effects could be counteracted by helping others. Meaning that the more giving you do, the less likely it is that stress will have a negative effect on your health. A 1999 study by the University of California, Berkeley had similar results, finding that people who were 55 and older who volunteered for two or more organizations were 44 percent less likely to die over a five-year period than those who didn’t volunteer.

All of this research supports the overall idea that giving helps you live longer, but a 2006 study published in the International Journal of Psychophysiology wanted to find out what specific physiological effects it had on the body. The study found that giving lowered overall blood pressure and arterial pressure in people. It also found that the participants who were the most generous with their time also reported greater “received social support, greater self-efficacy, greater self-esteem, less depression, and less stress than participants with a lower tendency to give social support to others.” So not only is volunteering and giving your time good for your heart and cardiovascular health, but it also has myriad other mental health benefits as well.

A University of British Columbia experiment gave subjects $10, let them give it away or keep it, and monitored their heart rate and physiology. Dr. Liz Dunn, one of the scientists conducting the experiment, gave an interview with Scientific American in which she noted, “the more money people gave away, the happier they felt. The more [they] kept for themselves, the more shame they experienced.” And when they felt shame, she found that their levels of the steroid hormone cortisol rose. “This is important,” she says, “because cortisol is thought to explain some of the links that we’ve seen between stress and disease.” A Queensland University of Technology study had similar results, with data that suggest stinginess increases stress. Researchers asked 156 volunteers to negotiate the division of a sum of money. When they monitored the players’ heart rates, they found those who made the lowest offers, below 40% of the total, had a faster heart rate and higher stress levels compared to participants who made higher offers.

From stress reduction, help combating depression, lowered blood pressure, and an overall longer life expectancy, available research provides a clear indication that donating one’s time and money has positive effects on physical health and overall well-being. Want to take advantage of the health benefits of giving? Browse some inspiring nonprofits in your community where you can volunteer your time, or look at some of our Top-Rated Nonprofits where you can donate money. And consider sharing this page to help more people learn about the health benefits of giving!