Raising a Compassionate Child In the Age of Entitlement 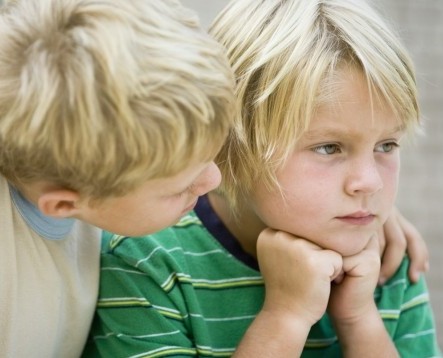 You can also read this article here on LinkedIn!

Imagine this: your seventeen-year-old daughter is texting her friend on her flip phone. She’s had this phone since eighth grade and she doesn’t mind; she can call, she can text and that’s fine by her.

A pack of cool girls in her class walks by. They’re all on their iPhones, checking Facebook, Twitter, Instagram. They look over at your daughter’s old phone. “What is that,” one of them snorts, “a dumbphone?”

In this era of “entitlement” when adolescents are given more privileges than ever, empathy with people who are different or who don’t have the same material resources, are at an all time low. According to researchers, entitled children often seek only their own pleasure, and forget about other people’s feelings. They don’t empathize that not everyone grows up with Retina Display. (By the way, that was an actual exchange between kids in a high school in California this year.)

Most parents don’t intend to spoil their kids. Well-meaning parents take their kids to piano classes, take them to museums in Europe and buy them cell phones, not with the intent to spoil, but to give them a solidly well-rounded and well-provided-for childhood. But one unintended consequence is that their child may grow up into a selfish and narcissistic adolescent.

How do you make sure that your child stays humble, responsible, and empathetic?

The secrets to raising a compassionate, responsible child are surprisingly simple, according to researchers.

1. Assign your kids chores. When your kids are young, start by assigning chores early on, so they understand the concept of each family member taking on a specific job for the wellbeing of the entire family. Studies show that this is one of the best ways to encourage compassion and prosocial behavior. Older kids can babysit younger siblings or other kids in the neighborhood. Older boys can be particularly good babysitters and develop a caring relationship with younger boys.

2. Praise them not just about their act, but their internal motivation. When you see your child doing a good deed, make sure you recognize her actions – but go a step further and attribute these actions to her “internal disposition” (e.g. “Wow, Julie, thanks for helping your brother with his homework! You’re such a kind and caring person.”) When your kids hear about how their actions reflect their inner good nature, rather than just hearing about how good the deed itself was, this fosters a prosocial self image that results in more empathetic actions.

3. Reward not for rare goodness, but for consistent behaviors. Children are continuously learning, so don’t reward them after just one instance of a good behavior; wait until they’ve shown it multiple times, when it’s starting to become more of a habit. Make sure your child understands that their behavior has consequences; consistent mature, responsible behavior will elicit praise or rewards while continued irresponsible behavior results in loss of rewards. Don’t reward too often – by only calling attention to your child’s exceptional behavior, this sets the social responsibility expectation higher for them. Rewarding them for every small, already-expected action causes them to lower their own expectations of what constitutes good behavior.

4. Encourage open expression of emotions in your family. Many families find it difficult to openly air out negative emotions, but talk it through with your child when she comes home upset or sad. Children who are more tuned in to emotions from an early age often end up more empathetic and are more likely to understand and consider others’ feelings, rather than taking them for granted. Growing up in a tight-knit family provides a conducive atmosphere for children to openly express their feelings; encourage this by spending more time with your kids.

5. Volunteer. In general, researchers have found volunteering is associated with increases in adolescents’ self-esteem and self-acceptance, moral development, and belief in one’s personal responsibility to help. Volunteering often brings a new dimension to the world through children’s eyes; it helps them grasp that not everyone has the same privileges they do and makes them more empathetic.

Empathy and compassion take years to develop. The one caveat is not to force your child against her will. If she doesn’t want to go to the food pantry this weekend to help stock food, don’t yell at her and push her into going; she may associate negative emotion with volunteering, according to studies.