Nicholas Kristof gets an A in Philanthropy 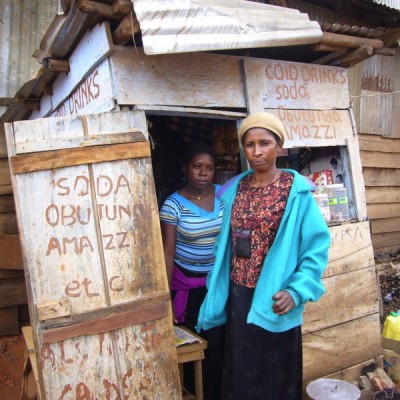 Nicholas Kristof gets an A for his picks of great charities! Despite the Three Cups of Tea controversy, he has chosen effective nonprofits according to reviews by volunteers, donors, and clients served. His final grade? A 91% success rate.

Kristof is a Pulitzer Prize-winning columnist for the New York Times. His writing focuses on the disenfranchised and abused, like victims of human trafficking, and what we can do to help them. He has traveled to 150 countries, often risking his life to report from dangerous places like Darfur.

We wanted to evaluate Kristof’s picks of nonprofits that readers should support. We took a look at some of Nick’s picks and compared them with reviewer’s ratings on GreatNonprofits.org. Kristof’s pick was judged as good if reviewers gave it an average rating of at least four stars out of five on our site — a requirement every nonprofit met except for the infamous Central Asia Institute. Kristof ended up with a 91% success rate. Congratulations to Mr. Kristof for all he has done to spread awareness and help people who need it most. We feel confident that most nonprofits Mr. Kristof recommends are outstanding organizations. Below are some choice reviews of Kristof’s picks from GreatNonprofits.org:

Nick says: “It invests money in for-profit businesses — like WaterHealth International, whose business model is to provide clean drinking water where none is available.”

Nick says: “It is led by Sakena Yacoobi, a force of nature who was educated in the United States, and it now serves 350,000 Afghan women and children annually… Yacoobi runs education programs, training centers and clinics, emphasizing local buy-in and self-reliance.”

GreatNonprofits users say: “I was very impressed by their grassroots, community-based approach to providing education, training and health services to Afghans, particularly to women  and children. AIL actually listened to the Afghans they were working with and provided services that they requested and, in turn, asked for input from the people.” Read More GreatNonprofits users say: “Seeing a woman proudly display the hair dryer for her salon business in Uganda that a BRAC loan enabled her to buy, watching families gather on poultry vaccination day in Liberia… seeing a women proudly showing her rice plot which demonstrated the in-line planting method for rice all gave me a clearer picture of the good work BRAC does. The scale and breadth of their programs is truly stunning. They start small, think big and scale up. They fix what doesn’t work and stop what can’t work.” Read More

GreatNonprofits users say: “As a co-founder of a non-profit that works with war-injured children, I’m appalled at the “salary” and perks that Greg Mortenson was taking from his “charity”. I think what the CAI does is wonderful, but without removing Mortenson from the Board, I can’t have much faith that the money is going where it should.” Read More

Nick says: “The Citizens Foundation was started by Pakistani businessmen concerned about their country, and it builds terrific schools for needy children there.”

GreatNonprofits users say: “Throughout my association with this wonderful organization, I have admired it for its acute attention to financial transparency, fiercely passionate and no-frills governance, and an unwavering commitment to the cause of education for the underprivileged.” Read More

The Fistula Foundation Average 5/5 stars based on 53 reviews

Nick says: “Dedicated to correcting a childbirth injury that is one of the worst things that can happen to a person: an obstetric fistula. This is an internal injury that leaves a girl or young woman incontinent, leaking wastes, scorned and ostracized.”

GreatNonprofits users say: “I am so pleased to contribute to the organization’s mission and always look forward to working with the extremely dedicated and enthusiastic staff at the Fistula Foundation. Though they are only a small group, they manage to create an incredible amount of support for some of the most marginalized women in the world. Their commitment to women’s dignity in the face of fistula is inspiring…” Read More Nick says: “A New York-based organization supporting American girls who have been trafficked, prostituted or otherwise sexually abused. It provides shelter and education for those rescued from pimps and provides some of the first nurturing many have received.”

GreatNonprofits users say: “Physical love is a precious thing, and it is being stolen from girls all around the world, and close to home, right now. GEMS is working to end that theft and return sexual ownership to all females. If that isn’t a cause worth fighting for, and celebrating, I don’t know what is! The GEMS organization deserves all the recognition and support that is available.” Read More

Nick says: “This organization sends nurses to visit poor, vulnerable women who are pregnant for the first time. The nurse warns against smoking and alcohol and drug abuse, and later encourages breast-feeding and good nutrition, while coaxing mothers to cuddle their children and read to them… At age 6, studies have found, these children are only one-third as likely to have behavioral or intellectual problems as others who weren’t enrolled. At age 15, the children are less than half as likely to have been arrested.”

GreatNonprofits users say: “I was so impressed by the impact that the Nurse-Family Partnership model has in improving young children’s health, early learning, and general well-being, in addition to parents’ economic development and sense of self-worth, that I am pursuing nursing school specifically in order to join this movement.” Read More 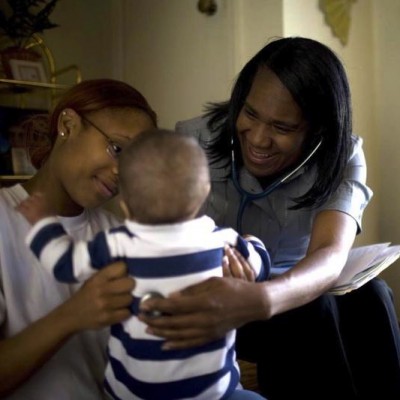 Nick says: “In Bobete, in rural Lesotho, we visited a clinic run by Partners in Health, the aid group founded by Dr. Paul Farmer of Harvard. The clinic tests virtually all pregnant women in the area for H.I.V., and those with the virus are given treatment so that they will not pass it along to their babies.”

Nick says: “An American program that promotes literacy in high-poverty communities in America… It provides new, free books to four million children across the United States, and encourages the kids to read.”

GreatNonprofits users say: “One of the greatest strengths of RIF Pittsburgh is the organization’s commitment to individualized service. The populations being served are taken into consideration, and teachers working with the students daily are asked for input on the types of books ordered and distributed.” Read More Nick says: “I came here to Vietnam to see John Wood hand out his 10 millionth book at a library that his team founded in this village in the Mekong Delta — as hundreds of local children cheered and embraced the books he brought as if they were the rarest of treasures. Wood’s charity, Room to Read, has opened 12,000 of these libraries around the world, along with 1,500 schools.”

GreatNonprofits users say: “I went to Rajasthan in India and met the bright and hard working students being benefited by Room to Read. The light of knowledge and understanding is shining on them, giving them the tools to shape a better future. I was also very impressed by the commitment and professionalism displayed by Room to Read’s staff in India.” Read More