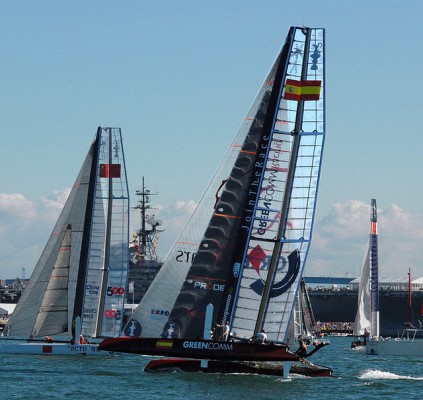 Billionaire Larry Ellison, co-founder and CEO of Oracle, has been busy competing to own the biggest island with fellow billionaires Marc Benioff and Sir Richard Branson. But while he may be fabulous at island shopping, he’s not keeping up with them when it comes to another area: philanthropy.  As we  recently wrote, in addition to his beachfront mansions and jets, Ellison does have his own foundation. But in 2010, while the executive director of Ellison’s foundation was paid nearly a quarter of a million dollars in salary, the foundation only spent about $300,000 on charitable giving. That’s .00083 percent of Ellison’s estimated net worth. Even given this, Ellison still ends up on lists highlighting the most charitable CEOs in the US. Unless Ellison is a closet philanthropist, he’s losing the billionaire giving competition. But we haven’t lost faith in Ellison, maybe he just needs some suggestions on who to give to.

Save the Bay
Ellison was a chief financial backer of the winning team in the 2010 America’s Cup. His team, BMW Oracle, will be defending champion for the 2013 America’s Cup, held in the San Francisco Bay, right by Oracle’s headquarters. If Ellison is concerned over the environmental problems facing the waters he and his team sail in, he could check out local environmental group Save the Bay. 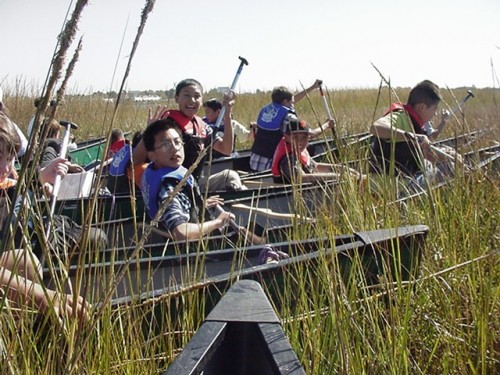 Alliance for Climate Education
Considering all the carbon emissions Ellison’s numerous jets and sports cars must leach into the atmosphere, the alliance seems like an obvious choice.

Women’s Initiative for Self Employment
As an entrepreneur himself, Ellison might enjoy contributing to the education of aspiring entrepreneurs. It’s worth noting that the Forbe’s 400 list (on which Ellison ranks number three) is still predominantly made up of men.

Miracle Flights for Kids
The multi-billionaire loves flying and has a collection of expensive planes. His favorite is his Italian Marchetti jet. Given his interest in flight, perhaps Ellison would be interested in bankrolling the flights of those who are seeking medical care, but are unable to pay the necessary airfare. He might look into supporting Miracle Flights for Kids, a nonprofit that pays the airfare for low-income families needing to fly to hospitals.

Even given the small amount of Ellison’s net worth that actually goes to charity, Equities.com still ranks him as one of the five most generous CEOs in America. What do you think about that? Is Ellison a closet philanthropist and we just don’t know about it?

We’ve been reading your suggestions about how you would spend .00083 percent of Ellison’s net worth. We’ve had ideas ranging from educational resources for special needs kids, music programs for children on the autism spectrum, refurbishing pediatric hospital rooms and this apt suggestion from Learningtech.org: “We could provide STEM enrichment to 1,000 more students within just a few miles of Oracle, an employer that needs many more qualified STEM graduates for its workforce in the next few decades.”