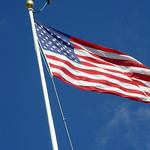 Well before this scandal however, starting in 2009, GreatNonprofits members were already negatively reviewing the veterans’ charity, giving it the lowest rating of only one star. Reviewers cited concerns about how donations were spent and the many useless “gifts” received via direct mail through “guilt-based” marketing.

These reviews are what makes GreatNonprofits such a valuable tool for donors seeking to give money to a reputable charity. There are many nonprofits doing commendable work with veterans that you  may not yet be aware of. Check out our top-rated veterans’ charities from 2011 and 2010.

The Disabled Veterans National Foundation has posted a press release on its website, stating that the recent news reports are inaccurate.

We believe that donors should be able to base their decisions on the best information possible. This is but one example of how your perspectives have contributed to a more informed judgment about charities. Our community values your insights and experiences about charities, national or local.

To see the national press this issue has received, see: Anderson Cooper Investigates Disabled Veterans National Foundation or the video below of CNN’s Drew Griffin report.