Simply being able to write a check for millions—or even billions—of dollars to help support issues you are passionate about would be wonderful, but it’s unfortunately not a reality for all but a lucky select few of us.

But that certainly doesn’t mean that we collectively can’t make a huge impact.

A classic example of this is the National Foundation for Infantile Paralysis, created by FDR to help combat polio. Making dimes the centerpiece of their fundraising campaigns, entertainer Eddie Cantor, appealing on behalf of the foundation, said: “The March of Dimes will enable all persons, even the children, to show our president that they are with him in this battle against this disease. Nearly everyone can send in a dime, or several dimes. However, it takes only 10 dimes to make a dollar and if a million people send only one dime, the total will be $100,000.” 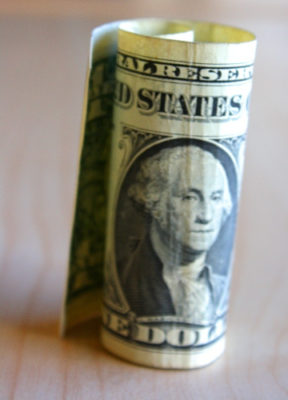 What followed that year were more than 2.6 million dimes addressed to the White House—and an eventual polio vaccine.

For a more recent example, one needn’t look beyond much more than a month or so ago as evidence: Giving Tuesday 2016 raised $168 million from 156 million—an average of roughly $107.

And although they weren’t donating to a nonprofit, contributions to Bernie Sanders’ presidential campaign were said to average a mere $27. And while that number may be more symbolic than accurate, at its core it did prove that much can be accomplished with seemingly very little.

Those political contributions weren’t tax deductible, though—but your donations to your favorite nonprofits will be. And no matter how small, they will go a long way toward helping your favorite organizations accomplish their goals. Below are but a few example:

So next time you feel like you don’t have enough to make a difference with your donation, think again!